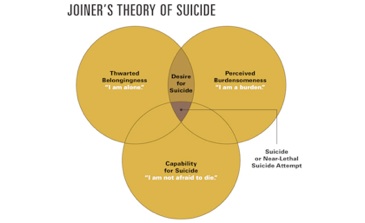 “Over the last five decades, millions of lives have been remade for the better. Yet within this brighter tomorrow, we suffer unprecedented despair. In a time defined by ever more social progress and astounding innovations, we have never been more burdened by sadness or more consumed by self-harm.” This is a line from a Newsweek article, The Suicide Epidemic, written by Tony Dokoupil.

This article is a riveting analysis of the hushed or silent killer that is suicide. It tries to determine the cause of suicide, the tangible factors that may be identified in order to prevent the suicide epidemic. The line above, “[i]n a time defined by ever more social progress and astounding innovations, we have never been more burdened by sadness or more consumed by self-harm,” is a very interesting one. If we are progressing at such a ferocious rate as a people, then why are we consumed with despondency and so hell-bent on self-destruction?

Why are we focused on doing the exact opposite of the desire of our human nature–to live? Is it because we are so focused on self? Are we too focused on the immediate, on materials, and on theories? Are we creating a gapping mass between ourselves and something preeminent that is causing our intricate calibration to malfunction?

Not Guilty–Didn’t Give me Sex

Not Guilty–Didn’t Give me Sex